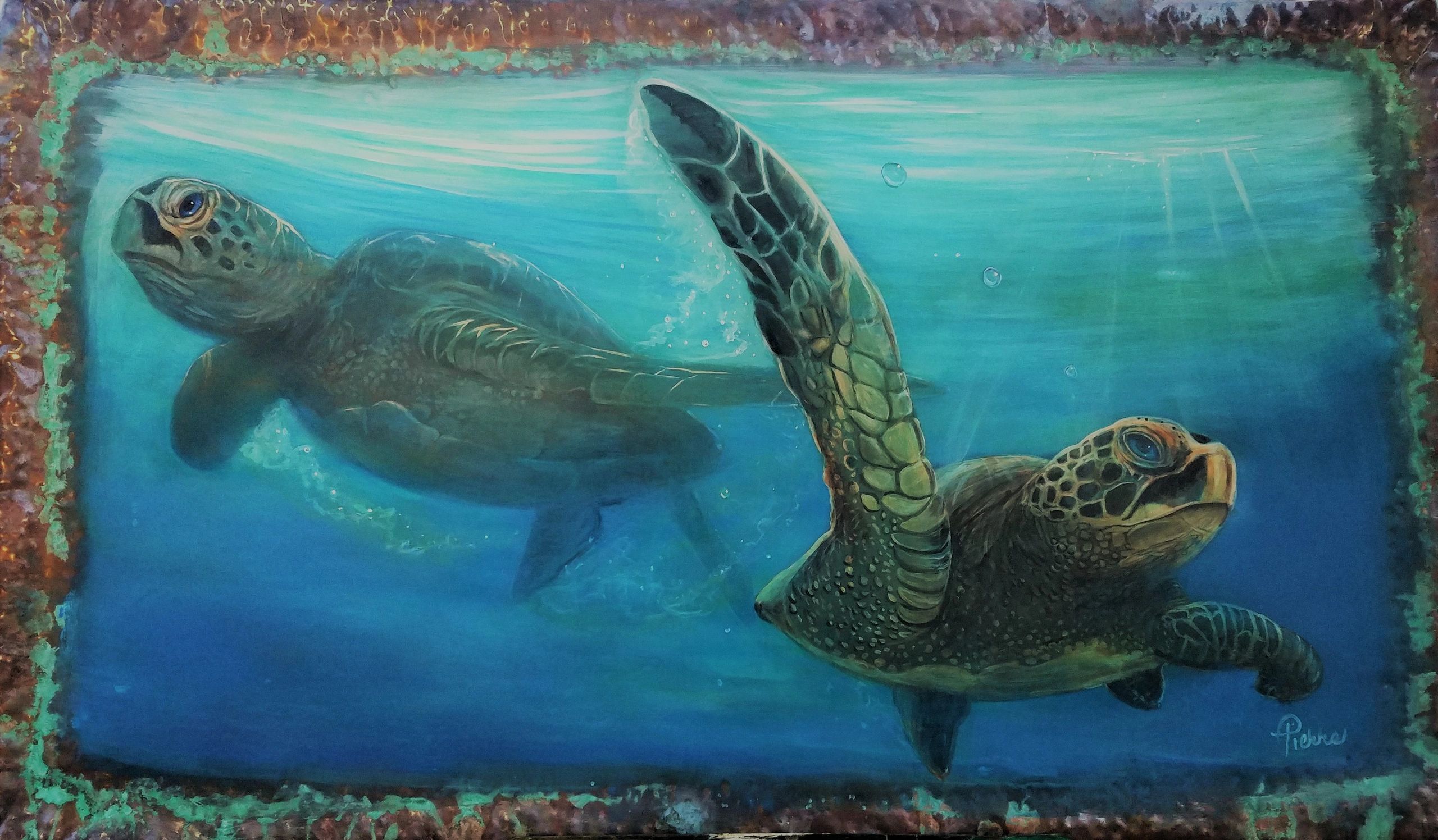 I am from the colorful, and lively culture of South Louisiana. My Cajun French speaking family owned shrimp boats. I spent most of my Summers along the Gulf coast learning the commercial shrimping business. During that time  the American seafood industry was thriving. My Grandfather owned a 58 ft. cypress vessel built in Biloxi,Ms. named the Queen City, which he later sold to my Dad. He then purchased a larger cypress shrimping vessel built in Dulac, Louisiana and  named it after my Grandma, the Lady Lillian. It was a beautiful vessel that was photographed from a helicopter off the Coast of Biloxi, Ms. and then sold on postcards in shops across the Gulf coast. My Dad changed the name of the Queen City to  the Crystal Kelly after my Sister and I. One day while I was scrubbing the deck of the Crystal Kelly, my Dad told me " Do a good job scrubbing this boat Son, someday  this will be your boat!"  After hearing that, I remember being on the back deck of the shrimp boat, praying to God. I asked Him if it was possible, I would like to be an Artist. As much as I loved and appreciated a life on the water, my heart was in creating and painting.

I use many different mediums, such as oils, acrylics, clay, wood and metal. I believe that working in a single medium is restrictive to my artistic process. Each idea manifests in its own individual style.

I have lived along the Gulf Coast throughout my life, so most of my art reflects the beauty, culture and diversity of this coastal area.  I have been inspired to paint ever since I was a child. I can remember seeing an artist working at a festival when I was about  seven years old. I told my Mom, "This is what I want to do when I grow up". I loved art so much that I got in trouble many times in school for drawing in class. As a teenager, I would steer my famliy's boats with my feet while sketching. I prayed in hopes that one day I could become a professional Artist. Later I worked with my uncle Gary on a crew boat in the oilfield and when my work was finished for the day, I painted art for the crew in the heat of the engine room with diesel engines screaming. I would  paint even when we were rocking around in rough seas offshore. After becoming an Artist, I decided to paint a painting of the resurrection of Jesus Christ, His life and teachings are the greatest inspiration to me. I painted it in the confined cabin of my sailboat. It was featured on the front page of my hometown's newspaper, The Houma Daily Courier. It was titled "Former Shrimper credits God and Uncle with Career as Artist". Sometimes I am inspired by my travels to the Caribbean. Seeing my world from the land above, and the water below has offered an abundance of treasure to work from. Now, I can paint almost anywhere, though it's usually from my tiny studio by the sea. It is located at the HarborWalk village in Destin, Florida and has a beautiful view even when it rains . I still get a flood of enthusiasm from just the Power of painting.  I believe a good place to paint is wherever I can.